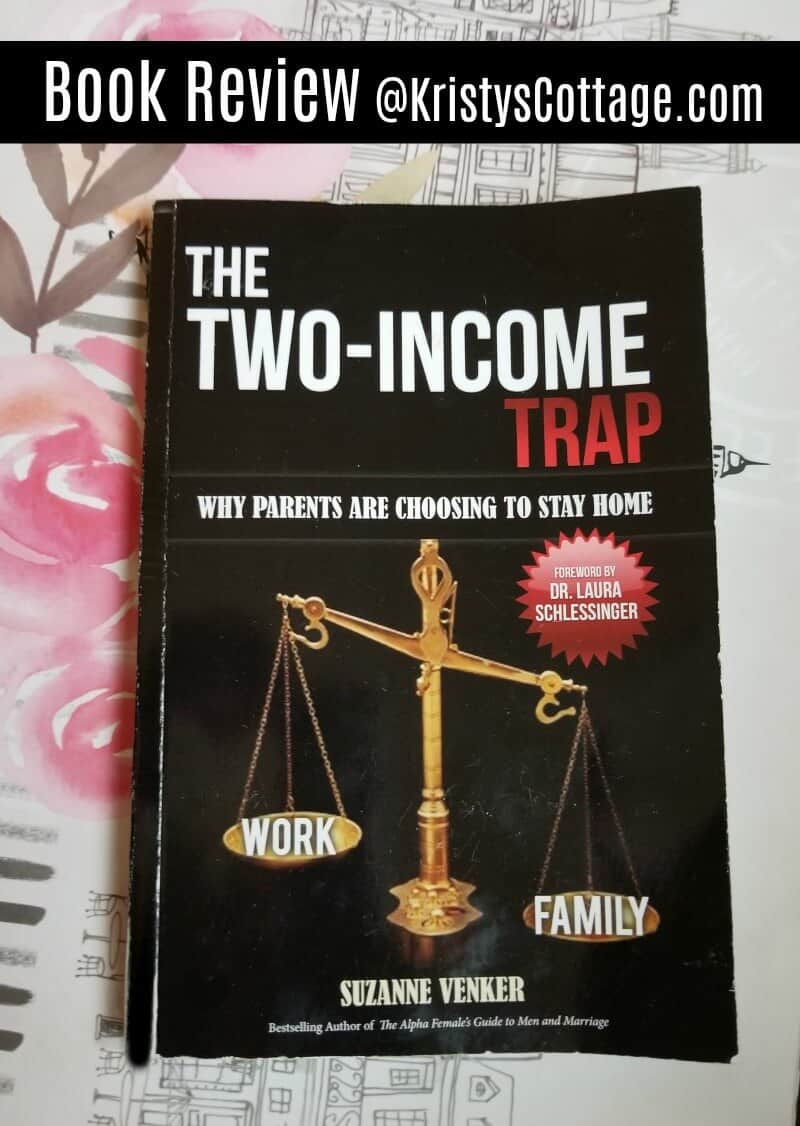 Today is an exception.

Last year, my husband discovered an article on FoxNews.com by a woman named Suzanne Venker.

That particular write up was an except from Mrs. Venker’s book, The Alpha Female’s Guide to Men and Marriage.

I read that book and loved it, by the way, but that’s not what this post is about. 🙂

I found myself intrigued by this well-spoken, out-spoken woman, Suzanne Venker.

So I checked out her blog and other books.

Her book, The Two-Income Trap, piqued my interest, mostly because I wanted to know what a professional writer- who happens to be a woman- could possibly have to say about a “two-income trap.”

I read the book this month, and now I’m telling you that it’s very much worth reading.

However, before you run out and buy the book at Barnes and Noble, you probably need to know two things: 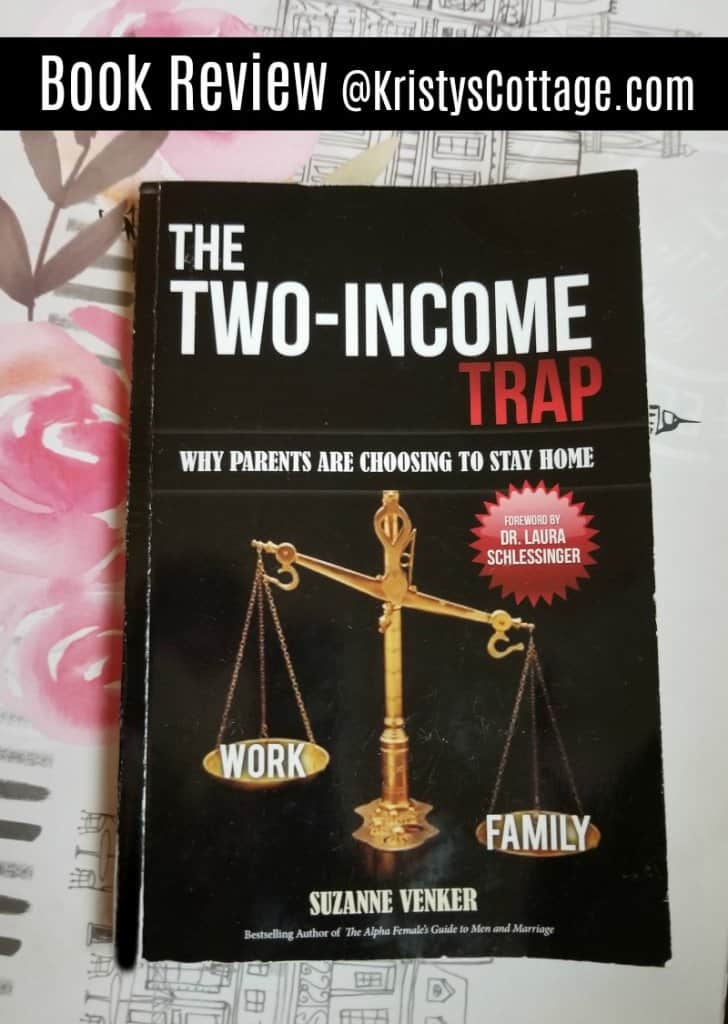 Not necessarily because Mrs. Venker is combative (although she is opinionated, as most writers are).

But because this topic- suggesting that kids are better off if their mother is present in the home instead of pursuing a career- is such an unpopular idea in our culture.

Although, whether-or-not-a-woman-should-work-a-job really isn’t what the book is all about.

What this book addresses- and what every woman who is, or hopes to be a mother, must address- is core values.

What I respect about Mrs. Venker’s book is that it’s painfully honest.

She calls out myths and misconceptions in our culture, and yet owns the struggles and desires of both working and stay-at-home moms.

“I have more ambition than I know what to do with,” Mrs. Venker confesses.  “Like most women, I’ve curbed this ambition in order to raise a family.  Yet we never talk about this because that would be taboo.”

The message of this book speaks for itself.

Here are my favorite quotes from The Two-Income Trap:

The single greatest problem with the feminist movement is that it was predicated on the notion that women can have it all.” quote from chapter one, “Go Ahead: Let Down the Sisterhood”

“Being at home doesn’t mean that [women] don’t want an independent life, too.  They simply recognize a woman’s life has seasons, and they’re not willing to give this one up.” quote from chapter one, “Go Ahead: Let Down the Sisterhood”

“The greatest myth feminists perpetuate is the notion that motherhood causes a woman to lose her identity… Being home with children doesn’t cause a woman to be any particular way- it is a woman’s personality and attitude that determines her fate.” quote from chapter two, “7 Myths About Staying Home”

“If one’s family income is somewhere near the $75,000 mark, you probably make more than 95% of the people on this planet… Being at home with one’s children has little to do with how much money a family makes and everything to do with how people choose to live.” quote from chapter three, “The Two-Income Trap”

“When women sequence their lives, or plan for the various seasons of a woman’s life, they make space for both work and family.” quote from Conclusion: “The Way Forward”

My personal opinion is that every woman should read this book.

I’m fairly certain that regardless of your background, vocation, or stance on women-at-work, or women-at-home, you’ll probably get your feathers ruffled at some point. 🙂

Personally, I find her ideas to be thought-provoking and well-defined, and definitely worth the read. 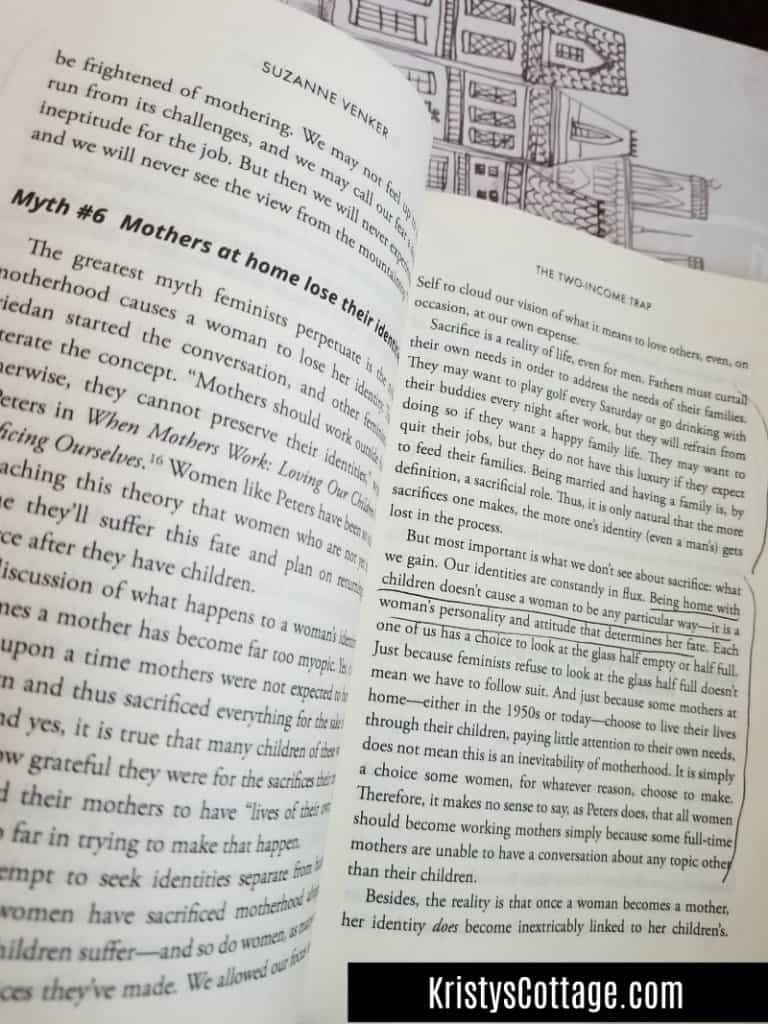 You’ll find Suzanne Venker writing at her blog right here, as well as at FoxNews.com.

(She wrote an excellent piece in the aftermath of the Florida school shooting- “The Desperate Cry of America’s Boys.”)

Go ahead and check out out Mrs. Venker’s books on Amazon… you can do that right here.

Here’s to living and loving well-